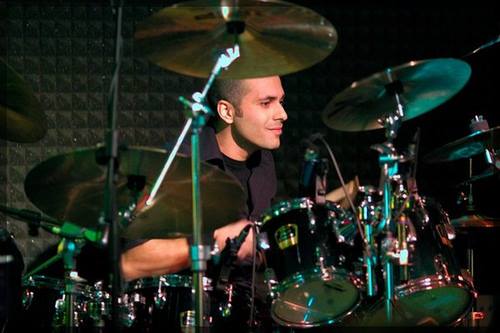 Here you can find detailed information about our Turin branch.

Scroll down the page to know better our concept of education and the methodology of realizing this concept.
You can discover courses for passionate or professional, but also how to study at a distance if you come from far away.

You can read information about our qualified teacher Alex Bonacci or about our structure.

The amateur essentially does not imply the obligation to perform verification exams. The course normally develops on all the topics characterizing the drum study path: independence, coordination, styles, listening guide, etc.

The student can ask to move on to the career path later. 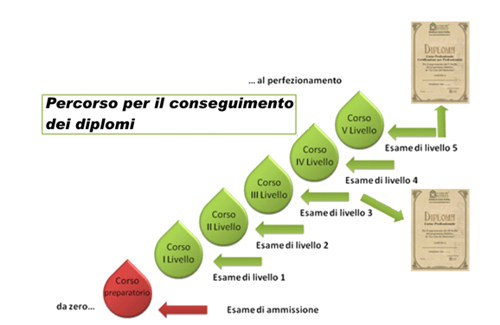 The professional course is developed on a course with verification exams, divided as shown in the figure.

The student will receive a study certificate for each level reached with passing the relative exam, with a mark expressed in hundredths (Ex .: xx / 100). At the level III and V, the student obtains the diplomas of "La casa del batterista".

"Long-distance" if you come from far away!

The "long-distance" course is reserved for those who cannot attend school weekly due to the distance from the venue.

In this case, they can ask for the possibility of attending with 120-minutes lessons on a reservation, according to availability to be granted in advance.

This course is recommended only in case of real need because a constant weekly study allows you to progress more smoothly and allows the teacher to correct any errors that occur during the study of the topics covered from time to time.

Find out more by visiting the dedicated page on the official website of our Turin office, the "Perform School of music" training center.

Approaching the drums at the age of seven, he later attended a course at Berklee College. Jeff Berlin, Omar Hakim, Peter Erskine, Chris Coleman, Dave Weckl, JoJo Mayer, Maurizio Dei Lazzaretti, Horacio "El Negro" Hernandez and many others are among the masters of his training.

Many musicians with whom he had the pleasure of playing - live and / or in recording sessions - and music industry professionals with whom he collaborated: Tony Levin, Roberto Diana, JP Cervoni, Vincent, Stephan Zeh, Elisabetta Coraini, Rick Romano, Vince Tempera, "Rigo" Righetti, Dj Molella, Timerec and many others.

He is currently director of the "Perform School of music" training center as well as being the endorser of the UFIP - Earcreated Cymbals brand.

Fill in the form

Our official Turin branch is located at the "Perform School of music" training center.

"Perform School of music" is also the official examination center for recognized RSL Awards and it is specialized in training for the acquisition of recognized international qualifications for both instrumental and professional training.